Not religious? Then say so! 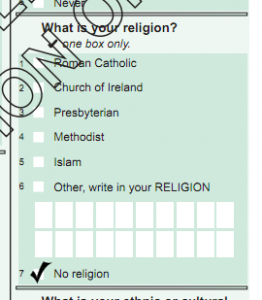